After almost ten years of writing about the mysterious adventures and misadventures of Olympia Brown, I decided I would like to start another mystery series with a totally different protagonist.  But…we write what we know, do we not. And while my new protagonist nothing like Olympia Brown, Viridienne and I do have a few things in common. Like me, she is a fiber artist, is a cat lover. She’s a survivor-escapee from a shadowy religious cult…and an avowed atheist. I am neither of these. She has a one-eyed rescue shelter cat named ‘Old Deuteronomy,’ “DT” for sort. DT is an active participant, not as a solver of mysteries, but as an intuitive feline alarm system. He often knows something is about to go very wrong, before Viridienne does, and does his level best to get her to pay attention.

The Viridienne Greene Mysteries are a little darker and more complex than the others and involve a new and different cast of VERY STRONG characters, all with minds and opinions of their own.

I set the stories in my America’s home town…and my own home town, of Plymouth, Massachusetts. With that as a setting and a framework, I can make use of the considerable history of Plymouth, and its unique character as both a tourist destination, and the comforting familiarity of a tightly knit small town.

I invite you to bring Viridienne home to a bookshelf or a Kindle near you. She’s ‘wicked’ good company. 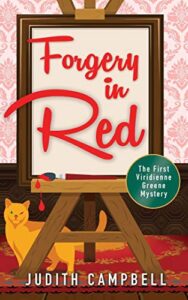 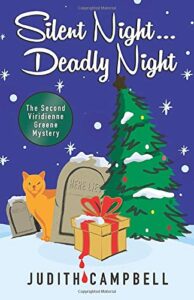 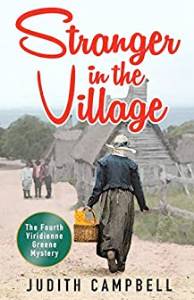 Stranger in the Village